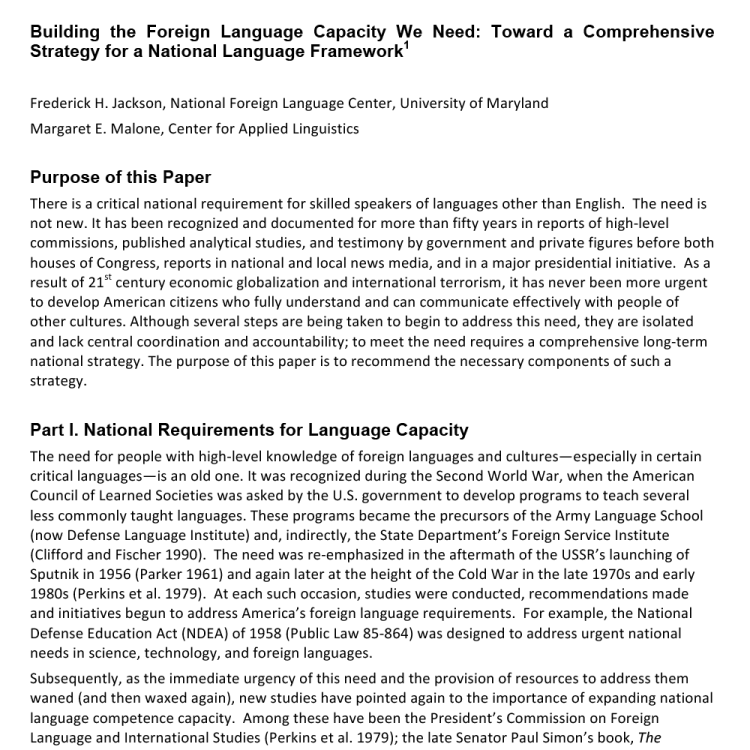 Toward a Comprehensive Strategy for a National Language Framework

There is a critical national requirement for skilled speakers of languages other than English. The need is not new. It has been recognized and documented for more than fifty years in reports of high-level commissions, published analytical studies, and testimony by government and private figures before both houses of Congress, reports in national and local news media, and in a major presidential initiative. As a result of 21st century economic globalization and international terrorism, it has never been more urgent to develop American citizens who fully understand and can communicate effectively with people of other cultures. Although several steps are being taken to begin to address this need, they are isolated and lack central coordination and accountability; to meet the need requires a comprehensive long-term national strategy. The purpose of this paper is to recommend the necessary components of such a strategy.