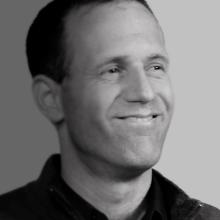 Thomas Ford is the director of web and mobile technologies at the NFLC, where he manages software development in support of client deliverables. His team has developed APIs, websites, an e-learning authoring system, a language learning mobile app, a grant application system, and more.

At the NFLC, Tom has worked on bug-tracking and version-control systems; an e-learning standards (SCORM) implementation for content exported to a learning management system; database development; and requirements analysis. Tom has implemented several toolchain upgrades to support a more flexible telework policy and moved the NFLC to an Agile development methodology. He developed a new virtualized stack to support a pipeline with continuous integration and automated build and test cycles, migrated projects from XML-based toolchains to a JavaScript-based ecosystem, and oversaw the creation of a new e-learning and authoring platform.

Recently, Tom developed Language Ladder, a mobile application to host NFLC products. He also spearheaded the migration of the e-learning and authoring platform to a microservices architecture to support the NFLC’s ability to leverage its custom-built software for new opportunities.

In addition, Tom managed the NFLC’s IT unit from 2009 until 2011, a critical transition and growth period at the NFLC. In this role, Tom directed upgrades to Microsoft Exchange, acquired hardware, moved the network to a new facility, developed an intranet, and designed the electrical configuration for a server room.

Tom earned his bachelor’s degree from the University of Hartford and served in the Peace Corps in Kyrgyzstan.